Mussels as an environmental mitigation tool

Eutrophication related to industry, agriculture, sewage and natural run-off has long been a problem for the Baltic Sea resulting in algal blooms and the build-up of anaerobic dead zones. Long-line mussel farming has been identified as a mitigation tool for removal of excess nutrients in eutrophic coastal waters. Mussels are very effective filter-feeders. A 3cm blue mussel can filter up to 2-3L of water per hour, removing plankton and organic matter for food. Large groups of farmed mussels have been shown to significantly reduce water turbidity and increase clarity. Mussels grow for about 2 years on longlines and, upon harvest, there is a net removal of nutrients associated with the mussel biomass. The nutrients of interest for the health of the Baltic Sea are mainly those that limit production, namely phosphorous (P) and nitrogen (N). Excess P in the ecosystem is directly associated with plankton blooms. The process has been shown to be an effective measure in countries such as Germany, Estonia, Latvia, Denmark and Sweden.

However, the mussels contain not only P and N but also important vitamins, minerals, fatty- and amino acids. They contain, for example, high levels of the so-called omega-3 long-chain marine fatty acids, DHA and EPA. While it has been easy to show the effectiveness of this environmental mitigation measure, it has been difficult to find a market for the mussels after harvest. The Baltic species is the same as the blue mussels we normally eat, grown on the West coast of Sweden, but they never grow much larger than 2-3cm. In addition, the thin shell makes the mussels more fragile for handling. Other studies have indicated that, when processed into mussel-meal, the result is a product that can replace fishmeal and fish-oil in other feeds, such as fish or chicken feeds. At the moment, however, mussel-meal is costly to process and cannot compete directly with a relatively lower costing fishmeal.

The East Region Aquaculture Centre (ERAC) runs a small mussel farm in the St. Anna archipelago, harvesting approximately 80 000 – 100 000kg mussels bi-annually while reducing eutrophic levels in the near vicinity of the farm. The mussels have been shown to be effective. However, the harvested biomass is currently a high cost for ERAC. The mussels themselves are a by-product of the environmental mitigation project yet we know this by-product is rich in high-quality protein, marine fatty acids, vitamins and minerals. The challenge is to find one (or several) areas where these mussels can be effectively used to help make this environmental mitigation economically feasible for the farmer.

You apply for the InGenious course (799G52) at www.antagning.se 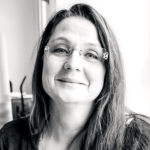